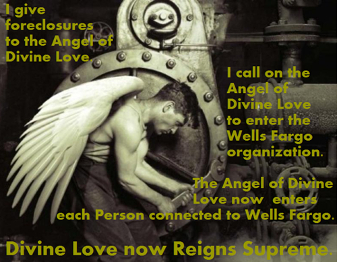 The Federal Reserve’s Modern Money MechanicsÂ spells out how money is created.

Basically, the U.S. Government exchanges bonds with the Fed for money. The bonds are simply “created”. TheyÂ reflect debt in that the government promises to pay. So money is founded on debt.

When money is deposited, the bank mustÂ retain a “fractional reserve” of 10%. Bank loans do not comeÂ from money on deposit,Â becauseÂ saysÂ Modern Money Mechanics, if they did, no new money would be created. What banksÂ do when they make loans is to accept promissory notes in exchange for credits to the borrowers’ transaction accounts.

If you watch Zeitgeist 2: Addendum you will see at about 19 minutes into the filmÂ that one foreclosure was beaten by the fact that money is created out of nothing: the bank had not given valuable consideration when it entered into the mortgage contract.

Perhaps the most discouraging thing I learned from the film is that there is no money in our system to cover Interest charged on loans.

Anyone in foreclosure knows that stress can break you. One of the things most harmful to your health is to keep blaming yourself. Read more.

One of the best things you can do is help your nerves regenerate by using Methlcobalamin (B12) lozenges.

Image Credits ~Â Workin’ Them Angels by Rush ~~Â “Power House Mechanic Working On Steam Pump”, photograph by Lewis Hine, 1920
The “Workin’ Them Angels” illustration found in the Snakes & Arrows linernotes was created by Hugh Syme with the assistance of George Eastman House, who supplied the original Lewis Hine photograph on which the illustration is based. Read more.