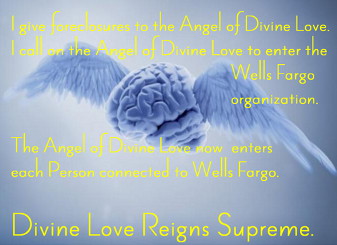 Have you ever thought our brains resemble sponges? Not just visually, but the way they soak things up?

It’s no wonder we are taught things early on that will restrict how our brains process and retain whatÂ we encounter. For instance, as a Catholic I was “inculcated” with certain “truths” all through grade school and high school. Some of the truths seemed a bit doubtful, but I chanted them with the rest of the class prior to Confirmation.

Today my doubt has overcome the “truth” I was taught, that only people with the “One True Religion”, ie Catholicism, would/could go to heaven.

In many ways the Evening News and news in general act like the nuns of my grade school life. While the idea is that the news reports facts, the reality is that it, like aÂ grade school nun, is aware of how similar our brains are to sponges. Saturating those sponges with certain ideas will effectively ensure we don’t hold ideas that would be detrimental to… to us? or to the organization choosing what should saturate?

Case in point: by repealingÂ Glass Steagall, President Clinton reinstated the pre-1929 CrashÂ â€œruthless manipulation of professional gamblers and the corporate systemâ€ that allowed â€œa few powerful interests to make industrial cannon fodder of the lives of half the population.â€

After the 1929 CrashÂ and before Hoover was voted out of office, the US Senate appointed Ferdinand Pecora Chief Counsel to the Committee on Banking and CurrencyÂ where he was assigned to probe the causes of the 1929 crash.

Pecora was an Italian American who had dropped out of school when his father was hurt on the job. Pecora went on to law school, however, and eventually passed the Bar. However, what makes him noteworthy is the reputation he built as an honest and tenacious prosecutor.

In June 1933, Time ran Pecora on its cover.Â HisÂ hearings had coined â€œbankstersâ€ referringÂ to finance â€œgangstersâ€. The banksters, of course, complained that Pecora would destroy confidence in the U.S. banking system. Senator Wheeler of Montana countered, â€œThe best way to restore confidence in our banks is to take these crooked presidents out of the banks and treat them the same as Al Capone.â€Â Roosevelt said, they â€œshould have thought of that when they did the things that are being exposed now.â€

When J.P. Morgan arrived at the Senate Caucus Room to testify, Senator Glass described the atmosphere as a â€œcircus, and the only things lacking now are peanuts and colored lemonade.â€

By arousingÂ public sentiment Pecora led the way toÂ regulation and oversight of financial markets and theÂ passing of the Securities Act of 1933.Â The Glassâ€“Steagall ActÂ refers to The Security Act’s fourÂ keyÂ provisions separating commercial and investment banking, which Clinton repealed with the inevitable result that our financial system crashed just like that it was now patterned after and that had led to the 1929 Crash.

The Man Who Busted the â€˜Bankstersâ€™ -Â Deceitful loans, self-dealing, unseemly tax avoidanceâ€”Ferdinand Pecora exposed it all after the financial collapse of 1929 and helped create a more transparent system. Read more.

To withstand the stress of Wells Fargo attacking me by denying due process and using fraud and forgery in its foreclosures, IÂ do these Foreclosure Awareness pages.