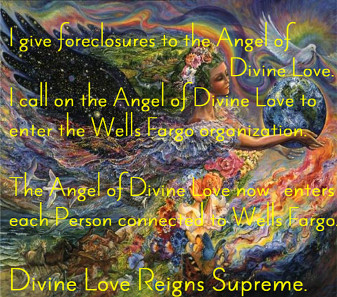 I am in the Home Stretch. Wells FargoÂ did not prosecute itsÂ foreclosure for two years.

The judge in the foreclosureÂ sent out a notice that the case would be dismissed if it had no new activity. With that. Wells Fargo filed a Motion forÂ a Scheduling Order.

There was a hearing on December 3, 2014, at which Wells Fargo requested more time to find the original note. I said they’d already had several years since I first requested production of the original note, so they should get another two weeks. But, the judge gave Wells Fargo 120 days, to April 25, or April 30 at the latest.

On April 25 I have to file any last motion I want in the case, as does Wells Fargo. I’m unclear whether I need to file. I’m not sure whether in the event Wells Fargo can’t produce the note, the case will “automatically'” be dismissed, or if I have to specifically ask for that outcome.

The stress keeps hitting me in waves.

A friend, The Great Cheyenne, tweeted some videos about plants having feelings, which turned out to be very helpful. The videos show plants experiencing stress when their lives or lives around them are threatened. Upon watching the videos I began to see that I feel the stress not because I’m weak, but because there is an intent to harm me.

To withstand the stress I’m doing this page.

Image Credits ~ Josephine Wall’s Earth AngelÂ ~ “With the universe in her wings, Earth Angel gently cradles our precious world, bearing gifts of tranquillity, harmony and peace for all. In her wake she brings an abundance of beautiful flowers and creatures great and small to fill the idyllic countryside. The dove of peace and the rainbow of hope are her constant companions on her flight of creation.”.Â View site.