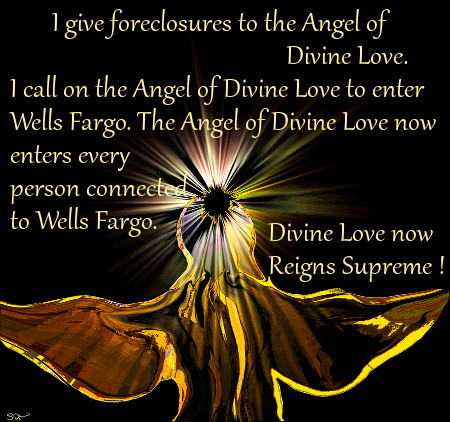 9/22/2018 ~ Our Collective Conscious, which I image as an angel, is attuned to truth. Truth vibrates differently than lies and is more powerful than lies. Though we often believe lies and accept them as truths, they don’t resonate the way that truth does. Often we can feel that something is trueÂ even though it goes against what the majority of people are repeating as if it were true.

Take, for instance, the lie that it was homeowners who caused the financial collapse of 2008, not Wall Street with its swaps, derivatives, bundling, etc. The “news” told us that lie repeatedly in a variety of pictures, videos and words. A vast majority of Americans repeated that lie. The lie was painful to homeowners in foreclosure because they knew the truth, they felt the truth, they experienced not just the basic truth, but the truth that in fact banks were using fraud and lies to foreclose.

Slowly as the truth comes out, as for instance all the instances of Wells Fargo scheming and scamming people, the truth becomes ever more firm while the lies shake in their vibrations till slowly but surely they crumble.

The Angel of Truth artwork is available online for very reasonable prices, in case you are interested in have a reminder of the power of truth in your home or on your desk.